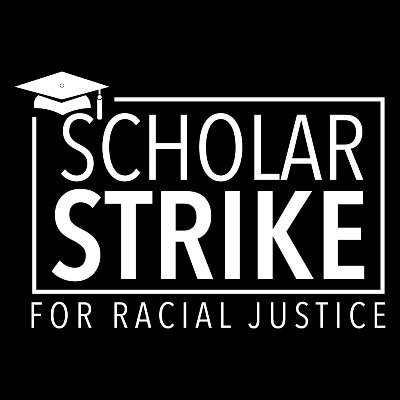 SCRANTON – In the wake of protests across dozens of American cities and boycotting of NBA and WNBA games, academics across the country have decided to take part in speaking out.

This new protest movement, dubbed the #ScholarStrike, took place on Sept. 8-9 to protest racial injustice in the United States. Roughly 600 university professors committed to pausing their administrative and teaching duties to instead hold a teach-in on racial justice.

Dr. Anthea Butler of the University of Pennsylvania, the de facto head of this strike, stated the ethos behind this movement.

“We’re not so much protesting our individual universities, as we are protesting police violence and racial injustice in this country,” Butler explained.

Some Scranton students received emails from their professors either encouraging or mandating attendance to zoom lectures, talks or presentations on racial justice in lieu of class on Tuesday the 8th and Wednesday the 9th.

Some professors, including Dr. JoyAnna Hopper in the Political Science Department, offered extra credit for attendance to lectures and teach-ins.

Several topics were slated to be discussed throughout the two days of zoom teach-ins. These included identity and race, Scranton’s Black history, algorithms and racism, and leadership.

This is not the first teach-in sponsored by the Ellacuria Initiative, either. There have been other teach-ins on sustainable memory, torture, and literacy. The Ellacuria Initiative is an organization on campus that emphasizes exploring how justice, or a lack thereof, impacts social, economic, and political life in the world.

“Part of the purpose of the teach-in is to model for students how to investigate these issues, how to ask questions, and what kinds of questions do you ask in order to understand the issue from multiple perspectives,” Dr. Grettano says of the reason the teach-in was held.

Dr. Grettano believes that teach-ins are one of the ways universities can use their resources to educate about issues of injustice. The Ellacuria Initiative hopes to continue hosting more teach-ins just as these to keep engaging in difficult dialogue and promote justice.

In tandem with the #ScholarStrike, people of faith all across the country were invited by the United States Conference of Catholic Bishops to participate in a day of prayer and fasting for racial justice on Wednesday, Sept. 9.

Furthermore, Campus Ministries hosted an Examen for Racial Justice Wednesday Sept. 9 at 7 p.m. This falls on the feast day of Jesuit Saint Peter Claver. He is the patron saint of interracial justice.