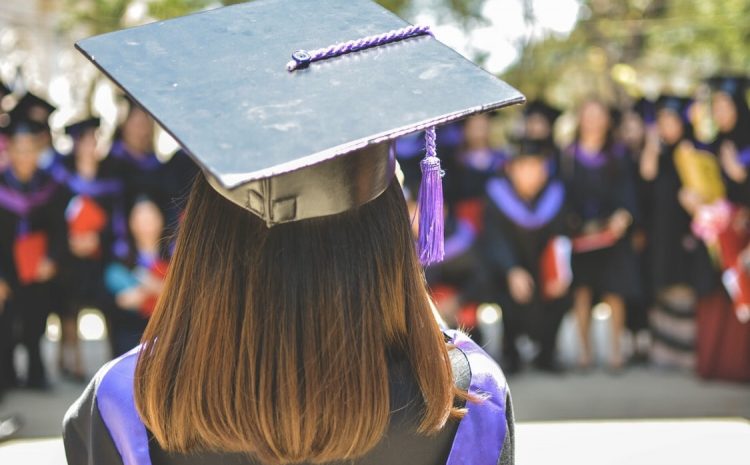 SCRANTON – The University of Scranton has canceled planned class of 2020 commencement celebrations scheduled for Oct. 24 and 25 amid growing coronavirus concerns.

The University released the notice of cancelation in an email to the class of 2020 from Rev. Scott R. Pilarz, S.J., president of the University, on Sept. 14. The announcement came just two days before the University began a two-week pause in face-to-face instruction following rising coronavirus cases on campus.

“The coronavirus pandemic continues to be a significant public health challenge across the country and in Pennsylvania. There is no way to host Commencement in compliance with Pennsylvania’s necessary restrictions and our commitment to do all that we can to preserve the health and well-being of our students, employees, alumni and families,” Pilarz said.

Pilarz also released a brief video address, emphasizing that his decision was not made lightly and highlighting his thoughts on last year’s graduating class.

“I know that this is a disappointment to you and all of us. You are such a special class. We will continue to think of ways to celebrate your accomplishments. For now, the Class of 2020 Gateway will forever remind us of you,” Pilarz said in the video.

The Class of 2020 Gateway is a reference to the University’s renaming of the St. Thomas Gateway during the class’s virtual graduation celebration on May 31, 2020. Pilarz said the gesture recognized the graduates’ diligence, perseverance and special character.

“Adversity does not build character. Adversity reveals character, and you have revealed your character in all of the things that have marred your college experience,” Pilarz said.

The University had hoped to host a Baccalaureate Mass and a Commencement Party on campus on Saturday, Oct. 24 and a combined Undergraduate and Graduate Commencement Ceremony at the Mohegan Sun Arena on Sunday, Oct. 25. Susan M. St. Ledger ’86, president of worldwide field operations for Splunk, was set to be the principal speaker of the 2020 commencement.

The ceremony was also set to include the formal presentation of honorary degrees to Ledger; Rev. Otto Hentz, S.J., associate professor of theology, Georgetown University; Lawrence R. Lynch ’81, assurance partner with PricewaterhouseCoopers, LLP; and Nicole Young ’00, Emmy Award-winning producer for 60 Minutes. These degrees were conferred along with the graduates during the May 31 celebration. Stan Zygmunt, director of news and media relations for the University, is unsure how the degrees will now be bestowed formally.

“I don’t have additional information at this time as to the plans for presenting the honorary degrees to the recipients,” Zygmunt said.

Honorary degree recipient Young, a former journalism student at the University who has been producing all of her 60 Minutes stories from home since March, said that while these times are difficult and unconventional, she likes to always be the optimist during adversity.

“I cover stories on people who have the hardest of lives on this planet, so for me to think my life is hard – even if it is – I just go back to the starving child in South Sudan or homeless children in Florida,” Young said.

Due to the nature of her work as a journalist, Young said under normal circumstances she would have been traveling to Syria and other countries throughout the summer to cover stories. With COVID-19 travel restrictions underway, this year has been the longest she has not been on a plane in nearly 20 years. Even before the University moved to cancel the face-to-face commencement, Young said she was unsure if she would make the traveling exception to accept her honorary degree in person.

“[The University] invited my family to come, I was going to deliver a speech and all the accoutrements that come with that,” Young said. “The hardest part of this pandemic is the unknown. It’s more scary as something you can’t see than something you can face in the eye.”

Pilarz notified Young earlier in the year that she would be receiving an honorary degree at commencement. Young said she was extremely flattered to be considered.

“Aren’t I too young for this? Am I aging myself, getting honorary degrees now? Is this better than my regular degree?” Young joked. “I just feel so honored and I think that just shows a lot about how far I’ve come, how far I didn’t even know I would be able to go and how my alma mater, who gave me such a comforting experience, views and sees me.”

Now alumnus Joe Tampone, former broadcast journalism and electronic media major ’20 who is attending Rutgers University in pursuit of a master’s degree, shared Young’s sentiment on his alma mater, The University of Scranton, despite the sad news of his commencement’s cancellation.

“Obviously I’m a little disappointed, but I understand the University’s decision to cancel commencement. I’m grateful to have attended Scranton,” Tampone said. “These are tough times and we need to stay vigilant to keep us and our loved ones safe. I sincerely hope the current senior class can have a traditional commencement and for the younger students to have the amazing college experience I had at the University.”