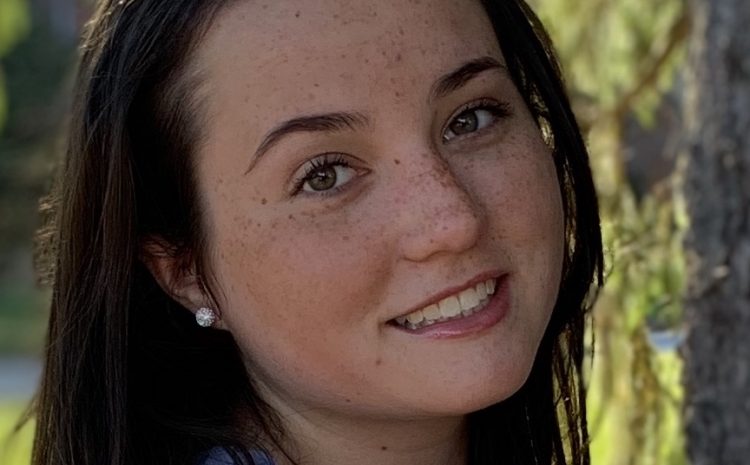 First-year University of Scranton student, Olivia Manarchuck, is September’s Commuter of the Month.

SCRANTON – While many commuters say they refrained from involving themselves in on-campus activities at the beginning of college, first-year Olivia Manarchuck, neuroscience major on the pre-medical track, said she chooses to balance a vibrant on-campus and home life that keeps her active and involved at school and in her community.

The Commuter Student Association chose Manarchuck as commuter of the month for September, an honor only given to those who achieve active member status in the organization. While the title is chosen through a random lottery of active members, the selected student is given a reserved spot on the first floor of the parking garage as well as a shout out on the club’s social media.

Manarchuck’s interests do not end with her on-campus involvement. Her chief aspiration is to become a neurosurgeon, and this dream is what resulted in her choosing to attend The University of Scranton.

“Their academics (are) just at a different level compared to other schools,” Manarchuck said. “They take academics really seriously and that’s what I was looking for in a college.”

Manarchuck said she was inspired to work in medicine by her mother, a nurse, from an early age. When Manarchuck was in seventh grade she decided she wanted to be a surgeon. However, her path to being a neurosurgeon was not clear until ninth grade, when her aunt told her about Dr. Benjamin Carson, a world renowned Christian neurosurgeon best known for separating twins that were conjoined at the head.

“That just really excited me how he went from nothing to being a world-renowned surgeon. I just really love the whole entire story. He’s my role model and that kind of just motivated me. That’s what I’ve been working towards,” Manarchuck said.

Along with the motivation she gains from Carson’s story, Manarchuck said she finds the strength to continue her path to her chosen profession in Christ.

Manarchuck chose to commute for several reasons, but most important to her are the personal advantages of commuting, such as maintaining her close-knit familial and social relationships.

Manarchuck belongs to a youth group at The Servant Church of the Abingtons, a Pentecostal Church in Clarks Summit. The group allows her to stay involved in her community as well as form a strong support system among other young members.

“I really like having that environment where I can go and just hang out,” Manarchuck said. “We’re kind of all on the same level too, at the same time in our lives, so we can all relate to each other.”

When she is not in school, Manarchuck enjoys spending time outdoors with her boyfriend, her brother and her brother’s girlfriend. Some of Manarchuck’s hobbies include shooting trap (clay birds), hunting, fishing and playing volleyball with her friends from her church’s youth group.

“It usually gets really intense,” Manarchuck said with a laugh. “Not anything like fights or anything but we go so hard (at) it, so that’s really fun.”

“I have family members in Israel,” Manarchuck said. “And Italy, I feel like, has all different components to it. There’s the parts that are really booming with tourists and stuff and I kind of want to see the parts that aren’t – and they have really good food.”

One thing Manarchuck said she would like commuters at any stage of their university experience to remember is the importance of getting involved on campus.

Along with the Commuter Student Association, Manarchuck is a member of the campus’ Health Professions Organization (HPO), which provides networking opportunities for pre-medical and pre-dental students, and the Scranton Neuroscience Society, an academic club that introduces students across majors to the dynamic field of neuroscience.