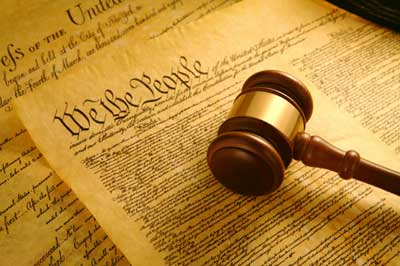 SCRANTON – The University of Scranton has approved a new club: The Political Science Club.

For a club to be official at the University, it must obtain approval from the Student Government, and then two faculty members must sign off on it.

Hammer is not a political science major, nor is he a student of the College of Arts and Sciences. Politics just so happens to pique his interest. He felt as though there needs to be a club where controversial, civil, and forthright debate can take place around politics. Hammer said he hopes the new club will inform students’ decisions better and that students will now have justifications for why they believe what they do.

“I’m not trying to change anyone’s mind in a certain way, but I want people to hear every side of it so that they can have a fully informed opinion,” Hammer said.

Politics is known to be a contentious topic of discussion, to put it charitably. The Political Science Club will likely run into controversy no matter what political issue is the topic. Hammer said this type of controversy should be welcomed.

“I would encourage controversial speakers and topics because it would make for better conversation,” Hammer said. “We’d have much more to talk about. If it’s controversial, it’s definitely a differing opinion. It’s exactly what I want everyone exposed to. I feel like it’s much more beneficial to have controversy in discussion.”

For the fall 2020 semester, all clubs must have meetings on Zoom, and there is no exception for this club. While many students said they feel meeting on Zoom does not deliver the same impact as in person debate, a start on Zoom is the only option, other than postponement. Depending on how COVID-19 case loads adjust throughout these next few months, Scranton students may be able to attend in-person debates for the club in spring 2021.

Further, Hammer said he remains confident that there is a good ideological mix expressing interest in joining the club. He said of the roughly 22 people who responded to a Google Survey for interest in joining, an even amount of Republicans, Democrats, and Independents all identified themselves as interested in debating and discussing issues.

Hammer even discussed the possibility of Political Science Club merchandise.

“I think that’s actually a really good idea! I haven’t been able to do that yet, but I might,” Hammer said.

Hammer has set up the club’s new RoyalSync page. Interested students can search “Political Science Club” in RoyalSync and join through there. The club’s first meeting will be Sept. 30 at 9pm on zoom.