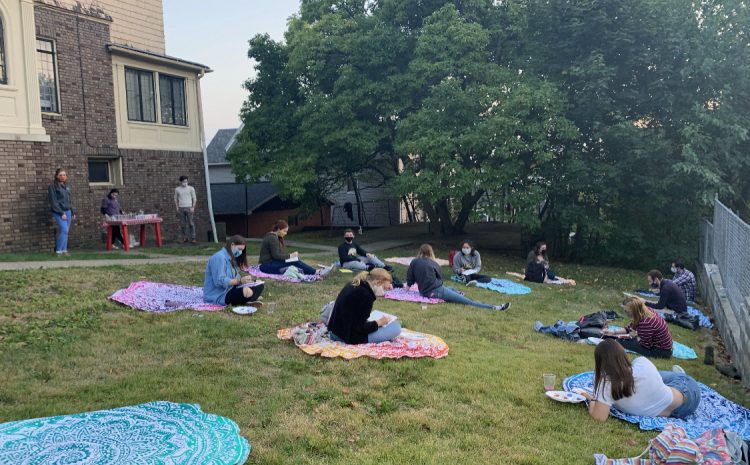 SCRANTON – The Liva Arts Company has, for generations, been a staple of the University of Scranton, according to students. It has long allowed students to indulge in all aspects of musical theater, from the crew that keeps a show in line to the actors on center-stage.

However, Live Arts is more than an outlet for artistic expression, and this is something Club President Bailey McLaughlin emphasized.

“We’re a family who happen to put on a musical!” McLaughlin said.

The energy this group puts out is welcoming to the entire campus. Despite having their past two seasons derailed from the pandemic, Liva Arts barrels forward, having had Zoom calls galore, consulting with other clubs involved in the arts, and keeping their group members engaged as best – and as safely – as possible.

When faced with the decision to keep up once-a-month Zoom calls or shake the table, the whole club chose the latter. Meetings now occur once a week, for movies on Wednesdays and paintings on Fridays. With lights hung on the trees and six-feet-apart towels set up as a grid, this little family doesn’t let the present circumstances hold them back. Though a normal season yields preparation for a musical and the involvement of over 50 individuals, club members said they are doing their best to remain positive.

As for the club’s future, McLaughlin said there are no definitive plans, but the ideal goal is another show with limited seating. She was also very willing to welcome new members.

“Come on in! There’s a spot for everyone in Liva, and we have a safe buddy system for underclassmen looking to join our club and events,” McLaughlin said.

McLaughlin can be reached by prospective members and interested students at bailey.mclaughlin@scranton.edu, or by visiting Liva’s Instagram at @LivaArtsCompany. Here’s to hoping for a future of plenty of shows, and hopefully, more movie nights to look forward to.