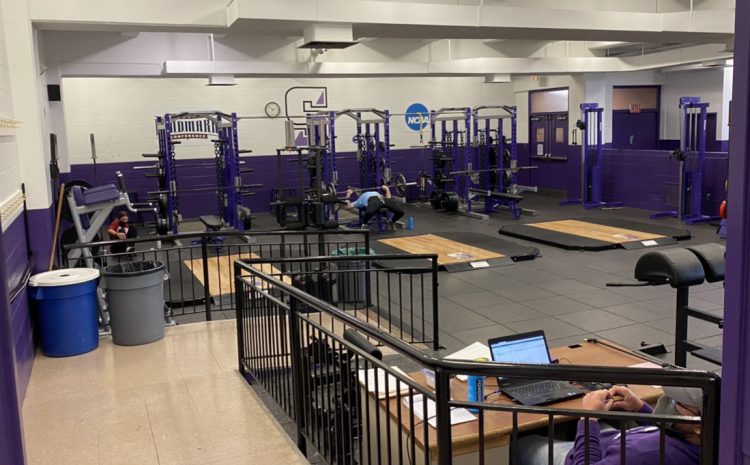 SCRANTON – COVID-19 has put the fall sports season for the Landmark Conference, as well as many other conferences in the National Collegiate Athletic Association (NCAA), on hold, leaving many questions.

University of Scranton Director of Athletics Dave Martin said the main goal for everyone was to make it to Thanksgiving and have an in-person semester.

“What I’ve told our coaches is that anything we can do athletically is a bonus,” Martin said. “Anything at all that we can do when we get together, if we can improve that’s a bonus at this point.”

At the beginning of the semester, all athletes were tested for COVID-19 first, Martin said. When asked about positive cases coming from our athletes, he said he didn’t find the resulting number of positive student athlete results alarming.

“The number was really small, but the percentage in the first couple of weeks of testing was higher,” Martin said. “That was simply because we front loaded all of our student athletes in hopes that we would be able to start practicing.”

Fall practices had been pushed back from the beginning of the semester until late September, when it was announced teams could begin practice officially on Oct. 5 under certain guidelines.

According to Martin, the current plans call for fall conference championships to be held in the spring of 2021. He noted that a lot of this depends on what the NCAA does in terms of resocialization guidelines.

“I think the other thing it depends on, and this is me speaking, is the availability of the rapid test,” Martin said. “They’re out there but the ability for us to be able to get those in our hands, and then the cost of those, I think those are all factors that will play into what we’re able to do with winter sports and in the spring with our fall and spring sports.”

Martin said he believes the rapid test would significantly increase chances of being able to compete in the winter and spring. He said he and his colleagues saw the opportunity to get teams together, so they extended practices to Oct. 30.

“The feedback that we’ve gotten through our student athletes and their coaches is that they’re thrilled to be able to be together and at least be doing something as a team,” Martin said. “We were able to give all of our athletes some additional opportunities.”

“Given the current situation at hand, adapting with necessary precautions is good enough for me.”

Track and Field athlete Tomi Toles, 20, a senior forensic accounting major, said he was upset when he learned that sports were effectively canceled this semester.

“I won’t lie. It broke my heart to sports being canceled,” Toles said. “I was really looking forward to practicing and competing with my teammates.”

Toles said when he heard practices were starting up again he was hesitant at first.

“It didn’t feel the same, and I was feeling very lethargic and laidback,” Toles said. “But once I was back in the field with my team, I felt a lot better and got back to the normal groove of things.”

With the uncertainty of what will happen with sports, Toles said he keeps his hopes high, matching the feedback Martin said he had received.

“Given the current situation at hand, adapting with necessary precautions is good enough for me.” Toles said.